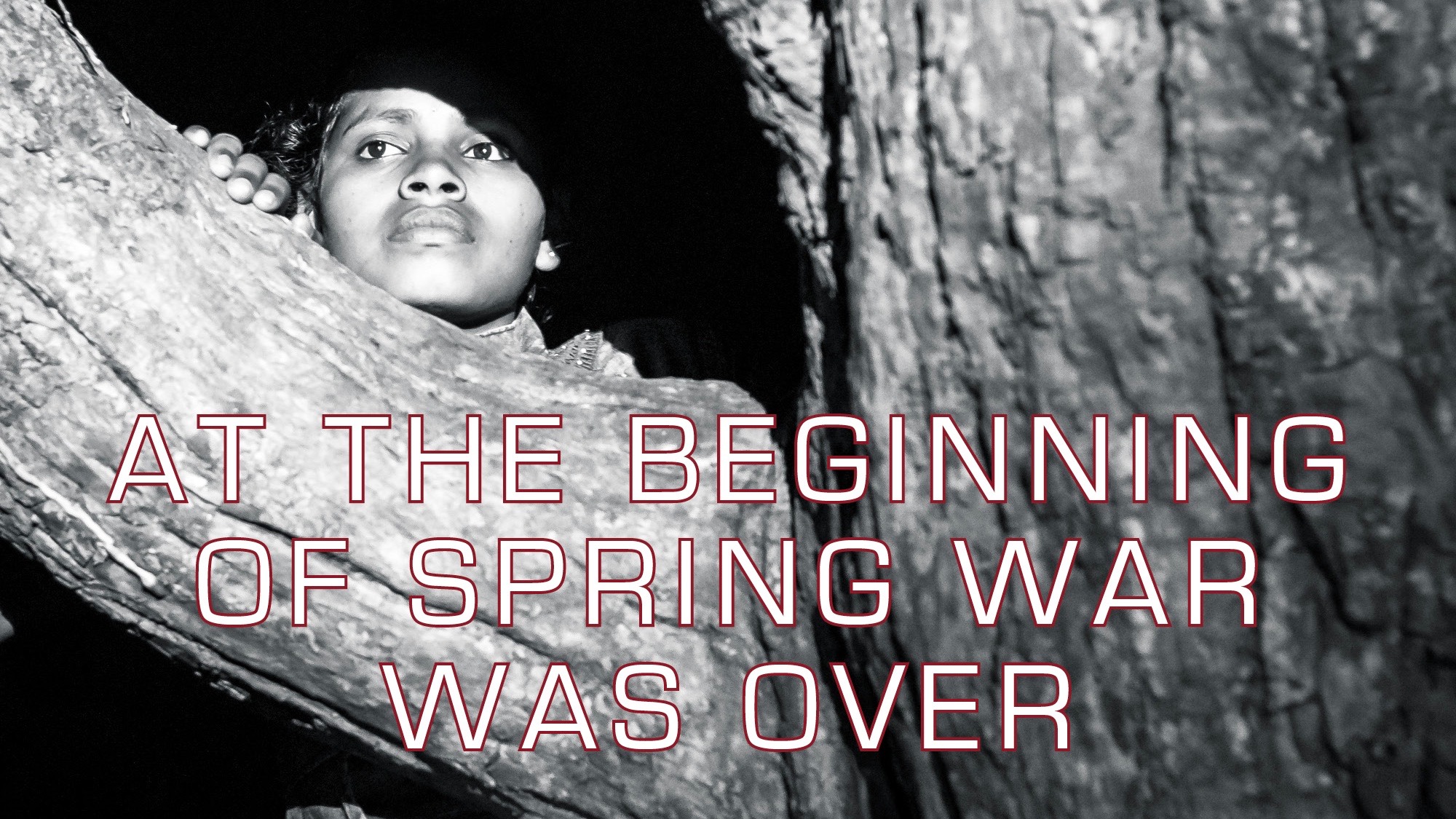 Rehearsed and premiered amidst a mohua grove on the outskirts of Borotalpada tribal village, 220 km southwest of Calcutta, the piece opens up a perspective in which unexpected aesthetic juxtapositions of the human and the non-human are not only concretely possible, but also deeply enjoyable: actors, dancers, animals, insects, trees, sky and water are all participants of AT THE BEGINNING OF SPRING WAR WAS OVER — they are all part of what the philosopher Bruno Latour would have called “agency distribution”.

AT THE BEGINNING OF SPRING WAR WAS OVER dance-theatre (film)

First presented on March 7, 2020 during Night of Theatre n°12, AT THE BEGINNING OF SPRING WAR WAS OVER was going to be performed in Mexico in October 2020. But, due to the Covid-19 pandemic, the journey and the shows have been canceled. Instead, the filmed version of the stage work, lying somewhere in between screen dance and cinematographic theatre, inaugurated the Monsoon semester performance series organised by the Department of Performing Arts from Ashoka University from October 23 to October 25, 2020. The film was then part of the video-dance installation Los indios también hace teatro at the Ex-presidencial Palace in Mexico city from May 28 to June 6, 2021.

⇒ FILMED VERSION OF THE SHOW

⇒ VIDEO PROJECTIONS DURING THE PERFORMANCE

⇒ STILLS PHOTOGRAPHY OF THE PREMIÈRE