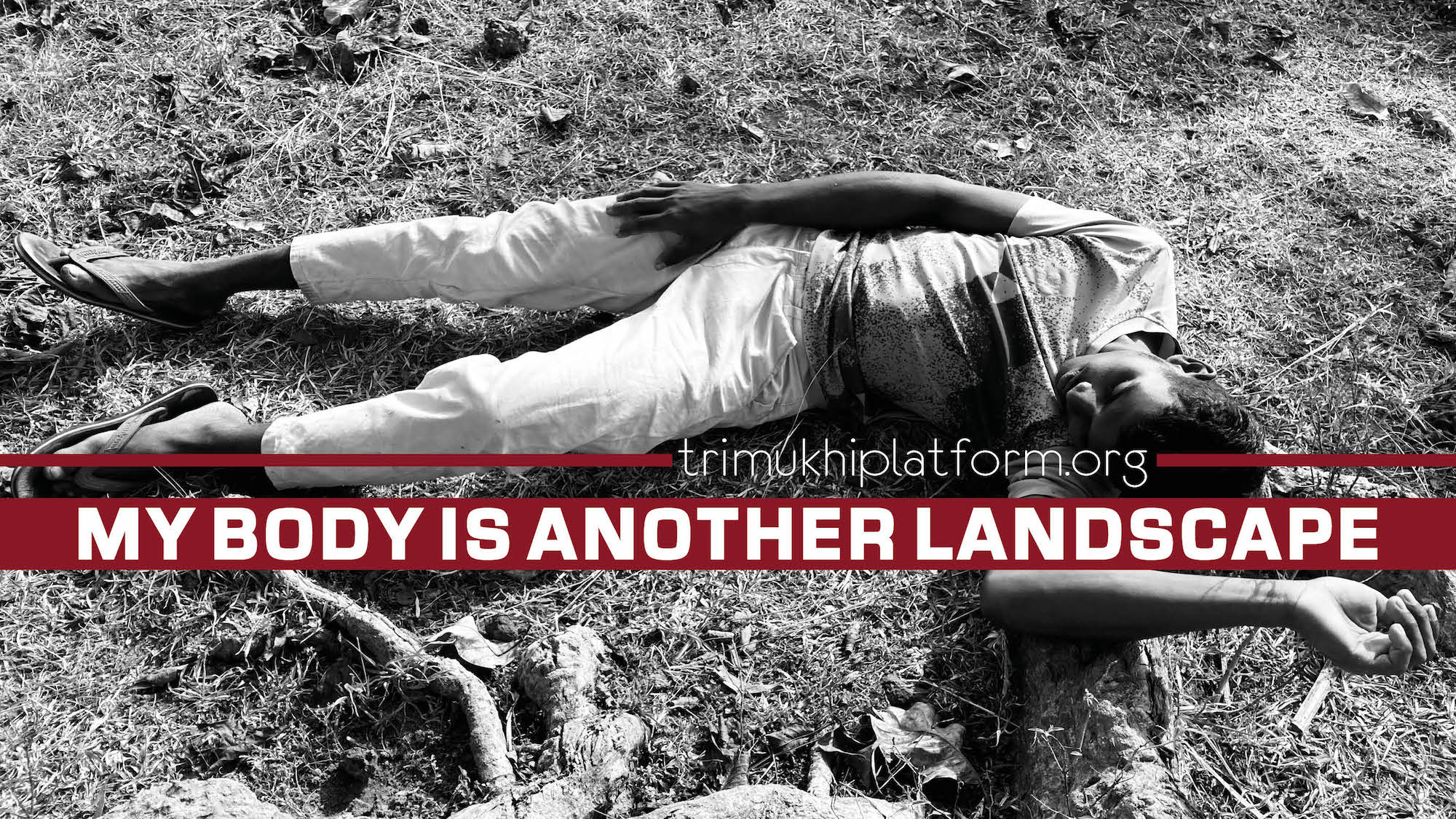 home > menu > performing arts  > my body is another landscape

At the invitation of the Goethe-Institut / Max Mueller Bhavan Kolkata which funded and supported the project, Trimukhi Platform worked six weeks on a new piece that weaves together contemporary performing arts outdoor and cinematographic experimentation for online viewers. It could be called a filmed-theatre or a film-theatre or a screen-dance, depending on your vocabulary preferences. From a paddy field about to be harvested to a lake fed with Monsoon water, to an akashbani grove and finally to a majestic mohua tree, MY BODY IS ANOTHER LANDSCAPE is a journey where contemporary art forms and village life are combined unexpectedly. The rehearsals and footages took place on the outskirts of Borotalpada in West Bengal, involving four dancers and four actors from the tribal village as well as a calf, a dog, a goat and a kid. It was premiered from Dec 8 to Dec 11, 2020, on Goethe-Institut / Max Mueller Bhavan Kolkata website. On the last day there were also an interactive online discussion between the audience and the crew members moderated by Anjum Katyal.

Premiered from December 8 to December 11, 2020 through Goethe-Institut / Max Mueller Bhavan Kolkata website and then released on Trimukhi Platform Youtube channel • from May 28 to June 6, 2021, the film was part of the video-dance installation Los indios también hace teatro designed by Jean-Frédéric Chevallier and Sukla Bar at the Ex-presidencial Palace in Mexico city •  it was showcased again on September 10, 2021 during TANZAHOi International Festival in Hamburg, Germany