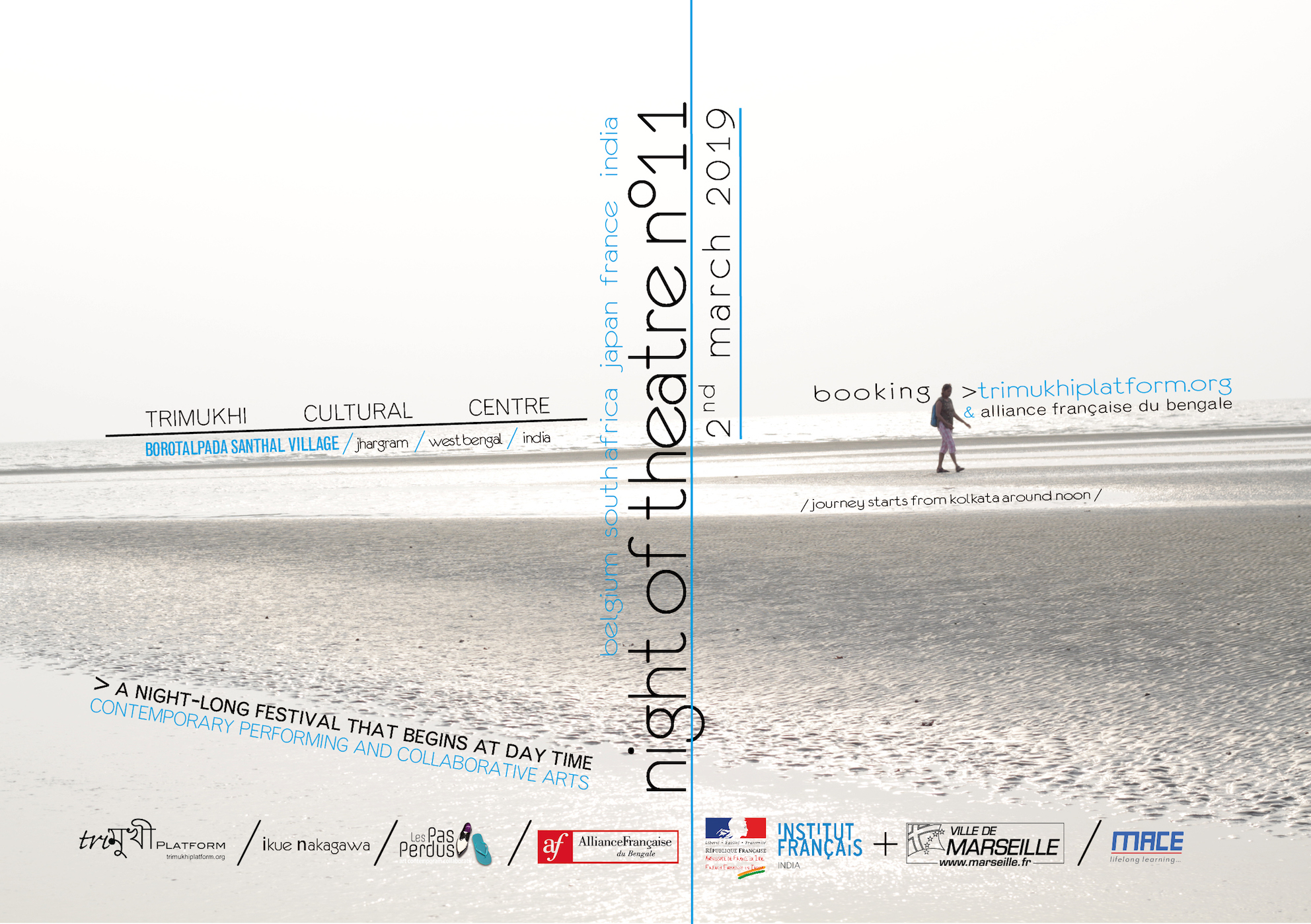 ⇒ MORE ABOUT THE NIGHTS OF THEATRE

The Mighty Giant (a slight appearance)

Typology Of The Unexpectedness (night version)

cooked by Budhodev Das for 250 guests

ARTISTS INVOLVED IN NIGHT OF THEATRE 11

Both organiser and core “artist” of the Night of theatre series, TRIMUKHI PLATFORM is a 10 years old tribal Santhal/Bengali/French organisation dedicated to contemporary arts practices (performing arts, sound, visual and video arts), neighbourhood relations and invention of thought. It was founded in West Bengal, India, by 18 families from the Santhal village of Borotalpada (Motilal and Falguni Hansda, Delko and Kanai Hansda, Mado and Kalicharam Hembrom, Chamru and Sunita Soren, Bhudray and Sumita Besra, among others), a social worker from Kolkata (Sukla Bar) and an out-of-the-ordinary French theatre director and philosopher residing in India (Jean-Frédéric Chevallier). All the activities, the night-long festival of contemporary arts, photography, video and aural art installations, workshops and nightly wanderings in particular, are organised with the villagers and artists invited from Asia, North and South America and Europe. Amongst the 12 members of the directive bureau of Trimukhi Platform in Borotalpada village, the youngest is seven years old and the oldest is 45 years of age. 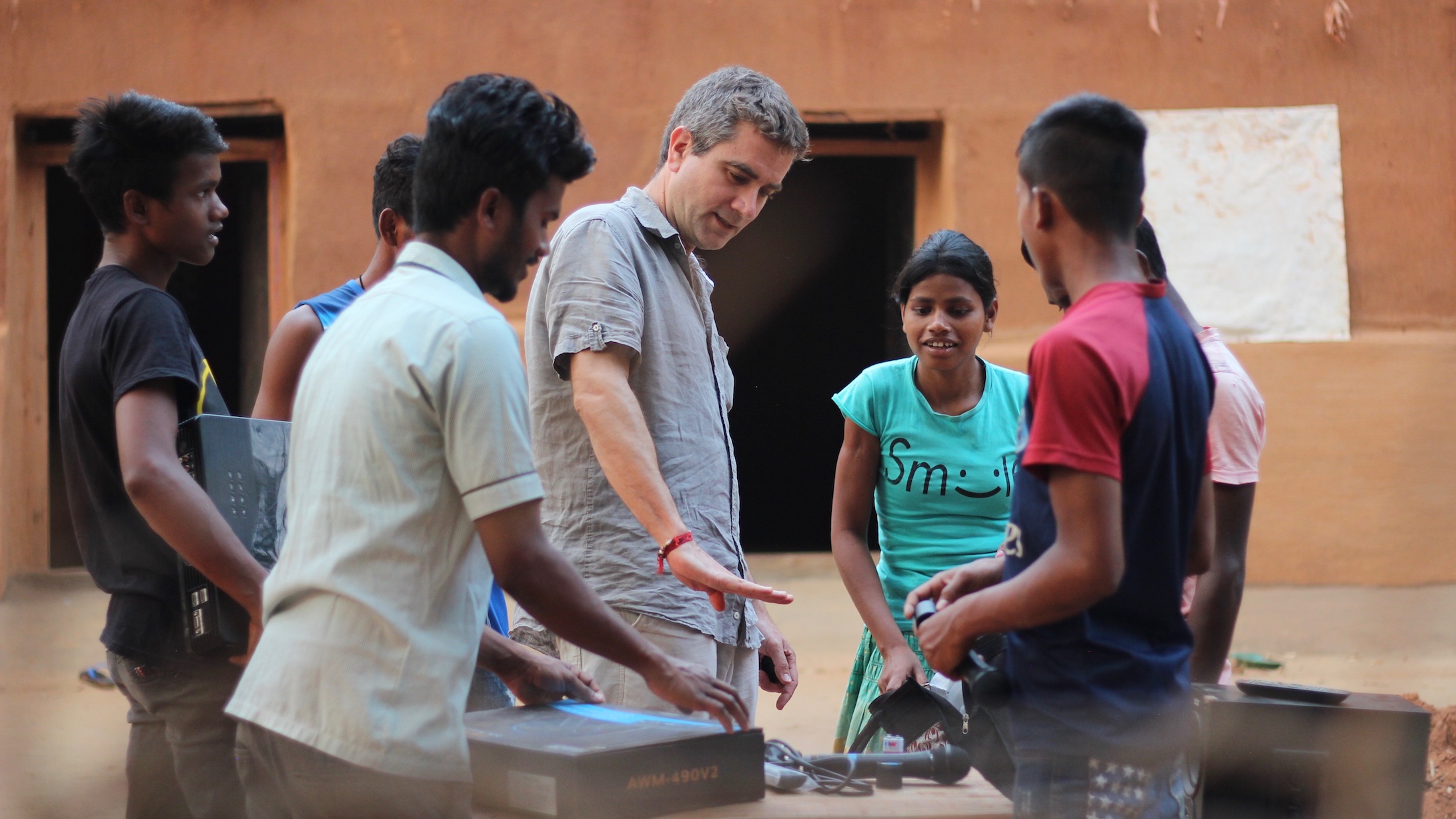 Based in the city of Marseille, south of France and constituted by French and South African visual artists, LES PAS PERDUS is part of the collaborative contemporary art movement. Since 1994, in France and Africa, the collective builds art works with occasional artists, that is men and women who have a creative and sensitive relationship with their everyday life. There is no a priori as for the results: care and attention brought to each one and to every situation contribute to the sense of the work. The approach connected with everyday life leans on the dynamics of circumstances, improvisation and relationship, putting forward the ordinary as an inexhaustible poetical potential. One of the definitions of the word “work” is to “bring into play” … Forms follow. Guy-André Lagesse, founder and coordinator of the collective visited Borotalpada in November 2018 and explored the possibility that the village brings.

For NIGHT OF THEATRE n°11, Guy-André Lagesse built, together with Trimukhi Platform team, two gigantic art installations: one along the street crossing the village (titled: THE FLIP FLOP AVENUE OF FANCY HEAD DRESSES) and one in the middle of the elephants corridor (titled: THE MIGHTY GIANT — A SLIGHT APPEARANCE). 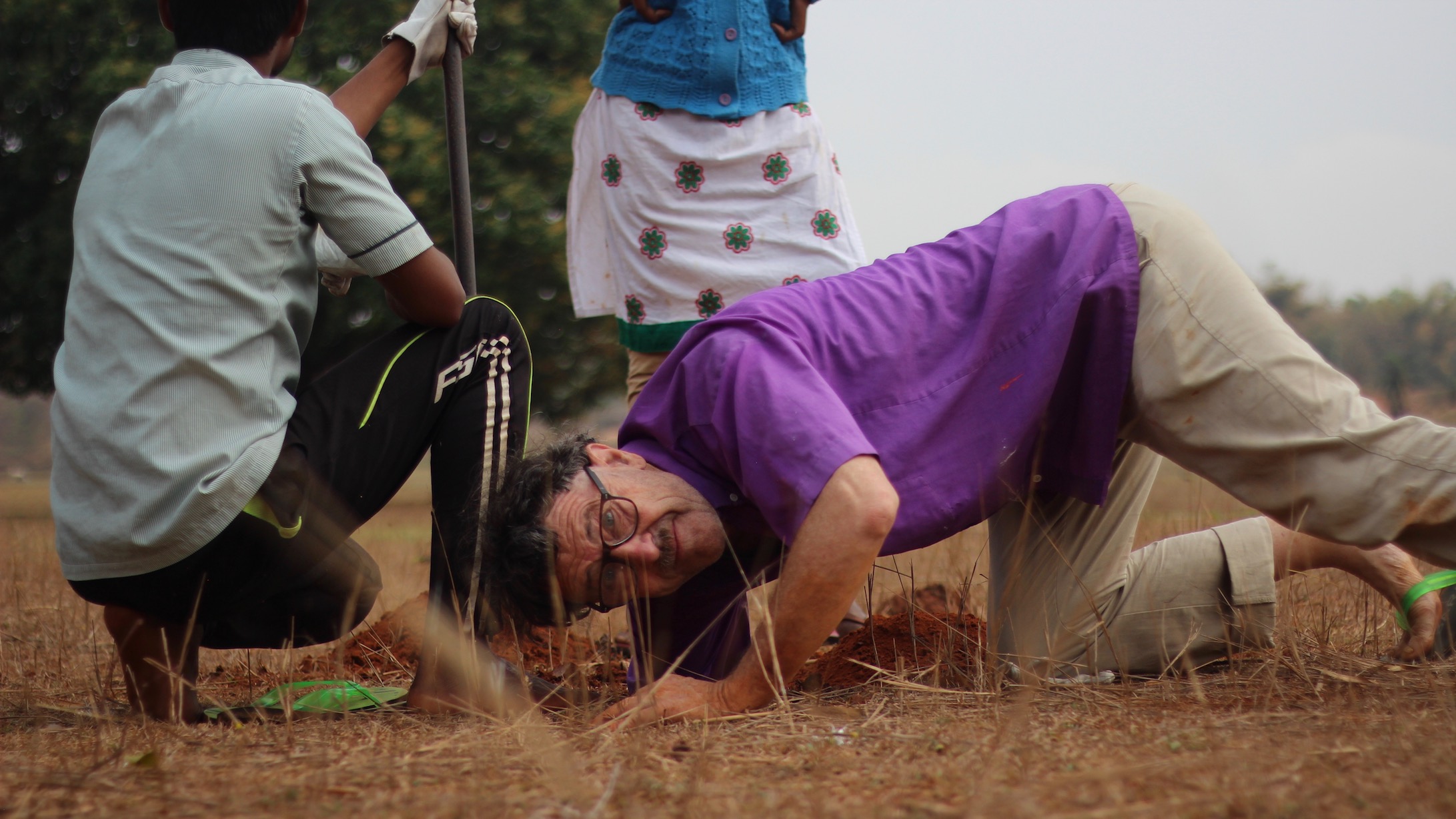 Born in Japan in 1980 and now living in Belgium, IKUE NAKAGAWA studied dance at Osaka University of Arts, then continued her training at the Choreographic Development Center of Toulouse in France. She worked with choreographer Frank Micheletti and theatre directorPascal Rambert during several years as well as with performance artists Morgan Nardi, Eun Yong Lee and Lorenzo De Angelis. After giving birth to two children, she came back to her field. That was last year, in Borotalpada village, on the occasion of the Night of Theatre n°10 where she participated in 4 dance performances.

For NIGHT OF THEATRE n°11, IKUE NAKAGAWA went deeper into her collaboration with Trimukhi Platform team: directing a multi-facets trio to be showcased in front of Trimukhi Cultural Centre with Salkhan Hansda, Ramjit Hansda and Joba Hansda (titled: YUTEN) and dancing for an unexpected  performative intervention — designed by Jean-Frédéric Chevallier —  in the middle of a “bonsai” jungle (titled: TYPOLOGY OF THE UNEXPECTEDNESS). 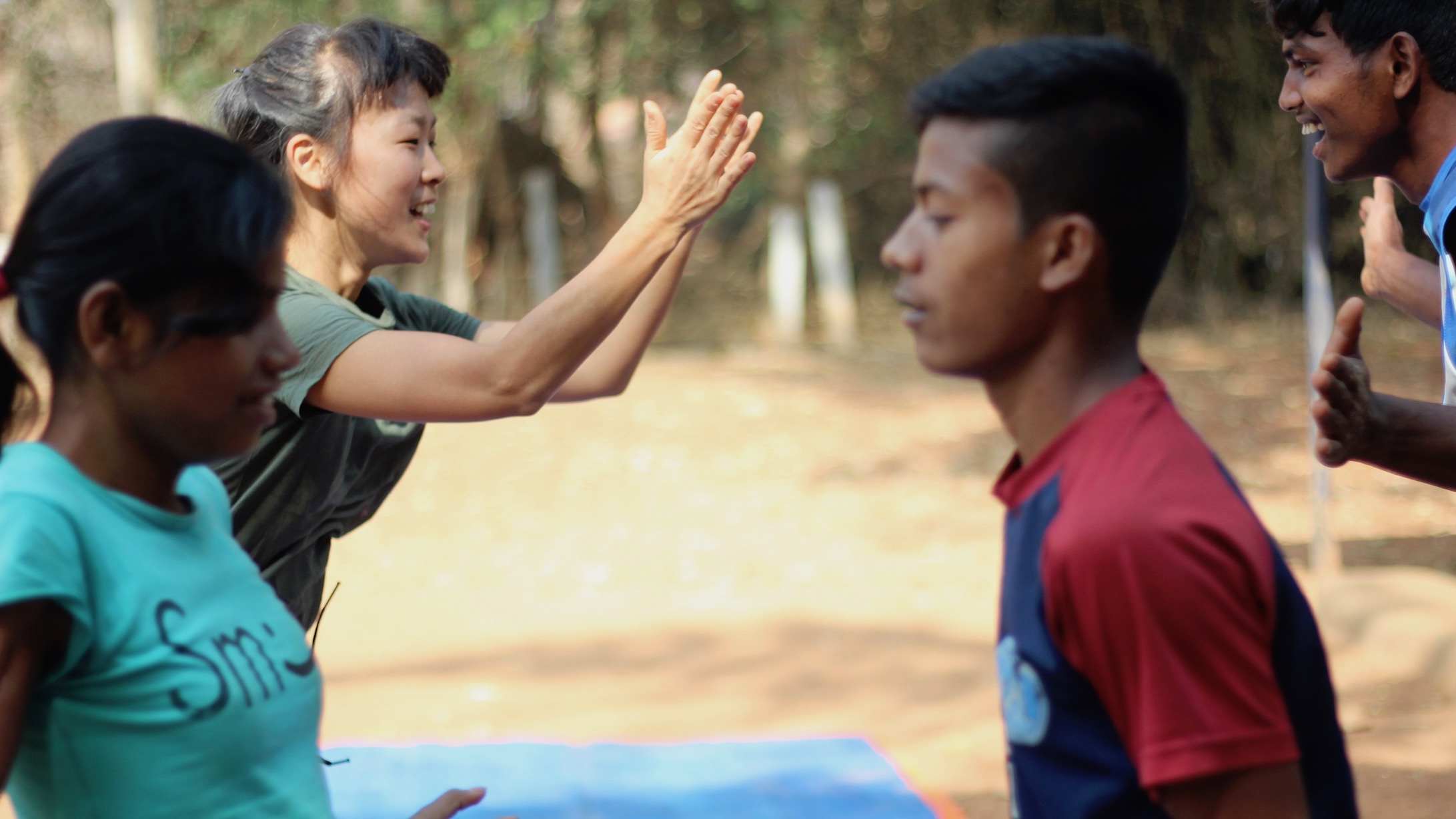 CONVERSATION AFTER THE NIGHT 2019

After Night of Theatre n°11, Jean-Frédéric Chevallier (director of Trimukhi Platform) and Fabrice Plançon (director of Alliance Française du Bengale) invited Masayuki Taga (Consul General of Japan in Kolkata), Dorine Julien (France), Guy-André Lagesse (France, South Africa), Ikue Nakagawa (Japan, Belgium), Nicolas Barthélemy (France) and Nouman Malik (India) to tell the audience about their thought after their experience in Borotalpada village during the night-long festival. To share two extracts of what has happened few days before in Borotalpada village during Night of Theatre n°11, Ikue Nakagawa (Japan)  performed a dance solo directed by Jean-Frédéric Chevallier while Guy-André Lagesse and Nicolas Barthélemy showcased some of the sculpture-installations Les Pas Perdus have for the occasion designed with the villagers. And, last but not least: to stimulate the production of thought, wine was offered by the General Consulate of France in Kolkata.