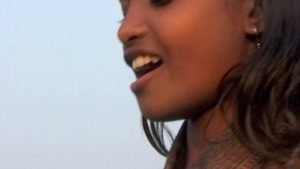 Un film de Vacances [Movie of the Vacations] is a fast done and lively documentary. Directed by Jean-Frédéric Chevallier and produced by Sukla Bar Chevallier and Pramila Bor, the shooting and editing processes took place in two days, on March 2 and 3, 2009. At the end of the second day, a screening was organised for the many children from the two neighbouring villages where the film work had been done: Morapai (Christian) and Hatnagar (Hindu) in South 24 Paraganas District, West Bengal, India.

WRITTEN AND DIRECTED BY Jean-Frédéric Chevallier

Part of the film images had be used in A breaking down and a multiplication of tissue, a theatre performance directed by Jean-Frédéric Chevallier and Matthieu Mével, premiered in Mexico city on September 5, 2009 during Night of Theatre n°4 and then showcased twice weekly in September-October 2009.